The Growing Role of Solar Energy in North Carolina

North Carolina could meet its energy needs by capturing just a sliver of the virtually limitless and pollution-free energy that strikes the state every day in the form of sunlight. With solar installation costs falling, the efficiency of solar cells rising, and the threats of air pollution and global warming ever-looming, solar power is becoming a more attractive and widespread source of energy every day. 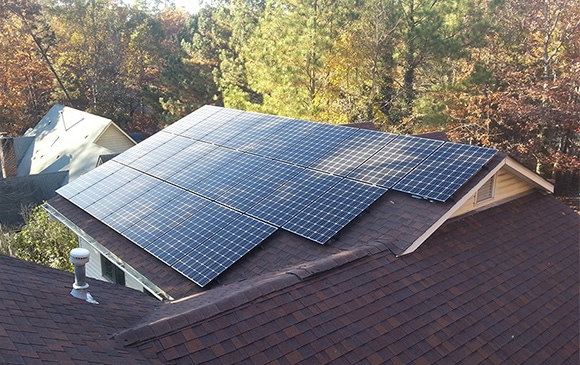 Solar energy is on the rise across the country. The amount of solar photovoltaic (PV) capacity* in the United States has tripled in the past two years. More than half of all new U.S. electricity generating capacity came from solar installations in the first half of 2014, and the United States now has enough solar electric capacity installed to power more than 3.2 million homes. North Carolina is a national leader in solar energy adoption, ranking tenth among U.S. states for cumulative installed solar electric capacity as of the end of 2013.

North Carolina should continue to incentivize growth in solar energy by setting a goal of obtaining 20 percent of its electricity from solar power by 2030. Achieving that goal would result in a cleaner environment, less dependence on fossil fuels, and a stronger economy. 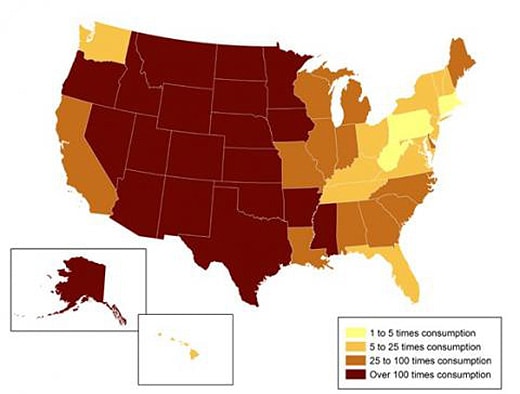 Continued growth in solar energy in North Carolina would bring a goal of 20 percent solar electricity within reach. 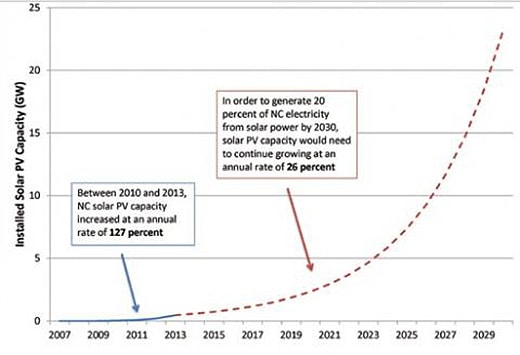 Figure ES-2: North Carolina Can Generate 20 Percent of Its Electricity from Solar Power by 2030

Getting at least 20 percent of North Carolina’s electricity from the sun by 2030 would represent a major step toward stabilizing the climate, cleaning our air and building a prosperous, sustainable economy.

A future in which North Carolina gets 20 percent of its electricity from the sun is achievable and will help America generate at least 10 percent of its electricity from solar power by 2030. The tools to build this vision are available and the momentum exists – now federal, state and local governments should adopt aggressive goals for solar integration and implement policies that encourage the adoption of solar power.

* In this report, “solar photovoltaic (PV) capacity” or “solar PV” refers to installed solar photovoltaic systems, both distributed and utility-scale. “Solar electricity capacity” refers to all solar technologies that generate electricity, including concentrating solar power systems that use the sun’s heat – rather than its light – to generate electricity. The figures in this report do not include other solar energy technologies, such as solar water heating.